After more than fifteen years of rural life on the family farm, we moved into the woods. Twenty-two acres of it. Complete with a creek, algae covered pond, and natural springs coming out of every orifice of the place. The quiet babble of water added to the overall charm and serenity. It was so overgrown and wild, you could barely find the long private driveway that was swallowed by towering brush. Even the house was wrapped deep within the protective arms of a tight-knit community of trees. It felt like our own private camp ground. Once we held the keys to the place, we knew we’d never want to leave. 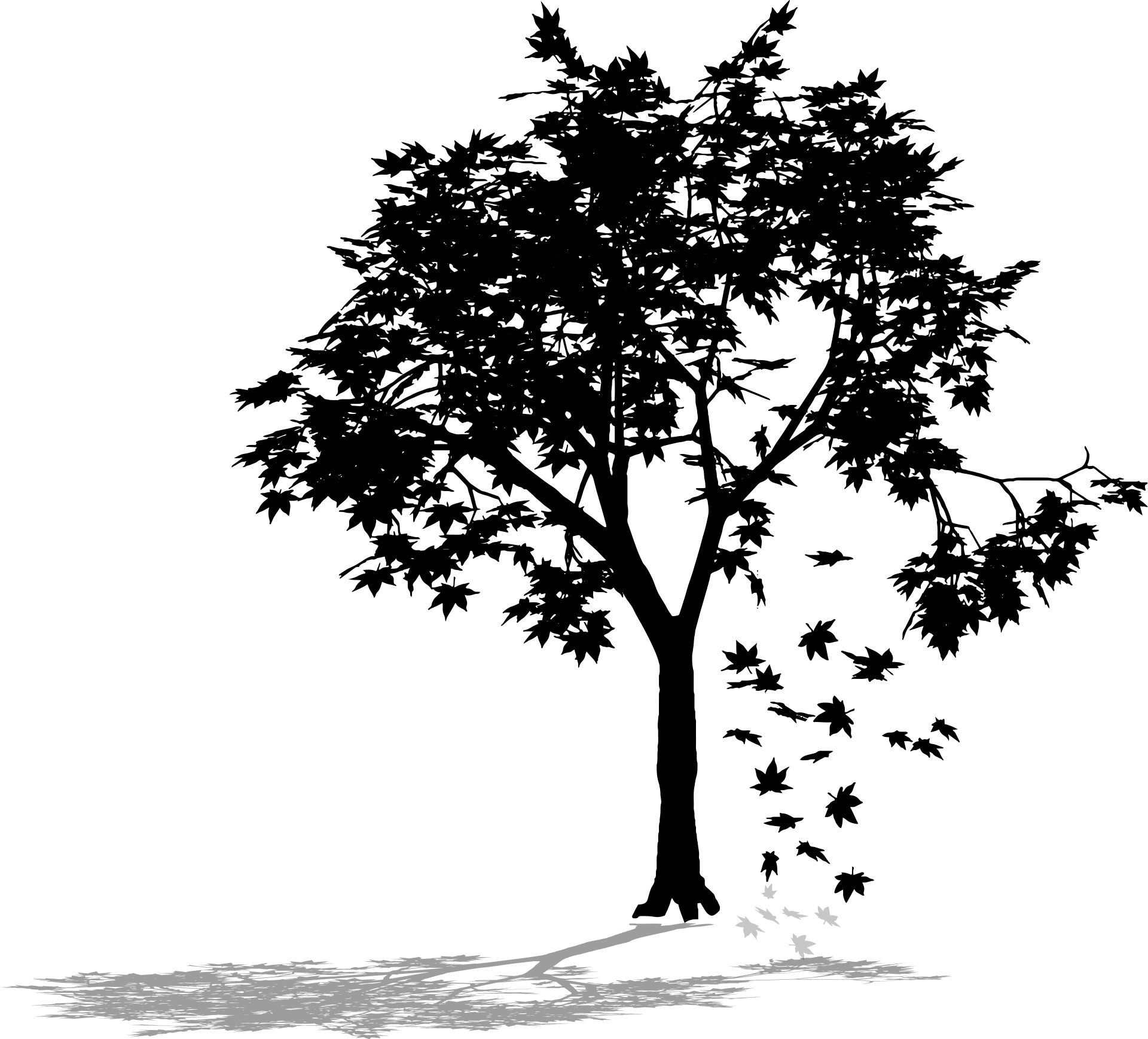 At first, it all looked the same. Green. Lots of trees. Weeds. Lots of weeds. Bugs. In your face. Animal noises. What in the world makes THAT sound!? You know, nature. The Great Outdoors. That place you visit, but don’t actually live in. We thought we knew about nature. We even thought we had a decent amount of respect and appreciation for it. However, we soon began doing what humans do: Conquer. Make a way. Clear a path. Chop and hack and mow down the weeds because we needed a lawn. There had to be a lawn here somewhere, right? After all, civilized people need to be surrounded by lots of grass to keep nature at bay! 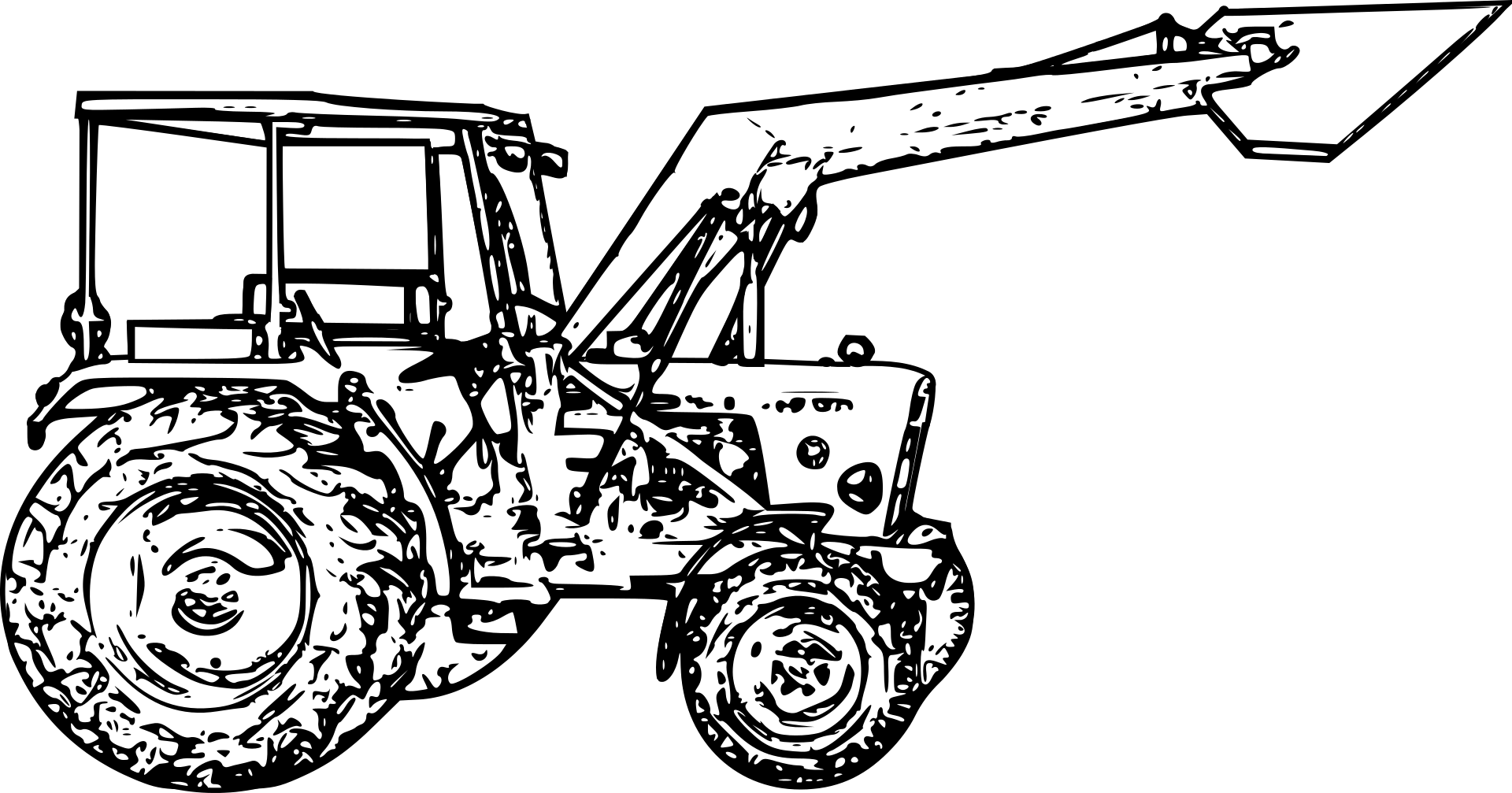 And so it began. We found our driveway by using a tractor to push over all the unknown towering scrub stuff and beat it back into the treeline. The only trees we removed at first were dead ones (many ash and elm) that threatened to fall on the house or road. No cutting and leaving snags or stumps or brush piles. We pushed them over and burned the debris. Huge shrubs (who knew what kind and who really cares because they were in the way) were pulled out and eventually… we found plenty of grass to mow.

Regrettably, not once did I wonder what species of plants we removed. I never considered what wildlife utilized the riparian borders along the creek on either side of our driveway crossing. Now, instead of a dense jungle hiding the stream, we had grass all the way to it’s banks. We could see the water and access it anytime we wanted. How convenient. How tidy. How civilized. After all, why not make the place suit our needs? I mean, we were surrounded by twenty-two acres of habitat, right? There was literally green plants, bugs, and birds everywhere. So what did it matter if we blindly made way for our own private personalized piece of civilization? Little did we know at the time, it is possible to create spaces for family, business, and recreation while still preserving critical habitat areas. The problem was, simply put, ignorance. We did not know what we did not know. 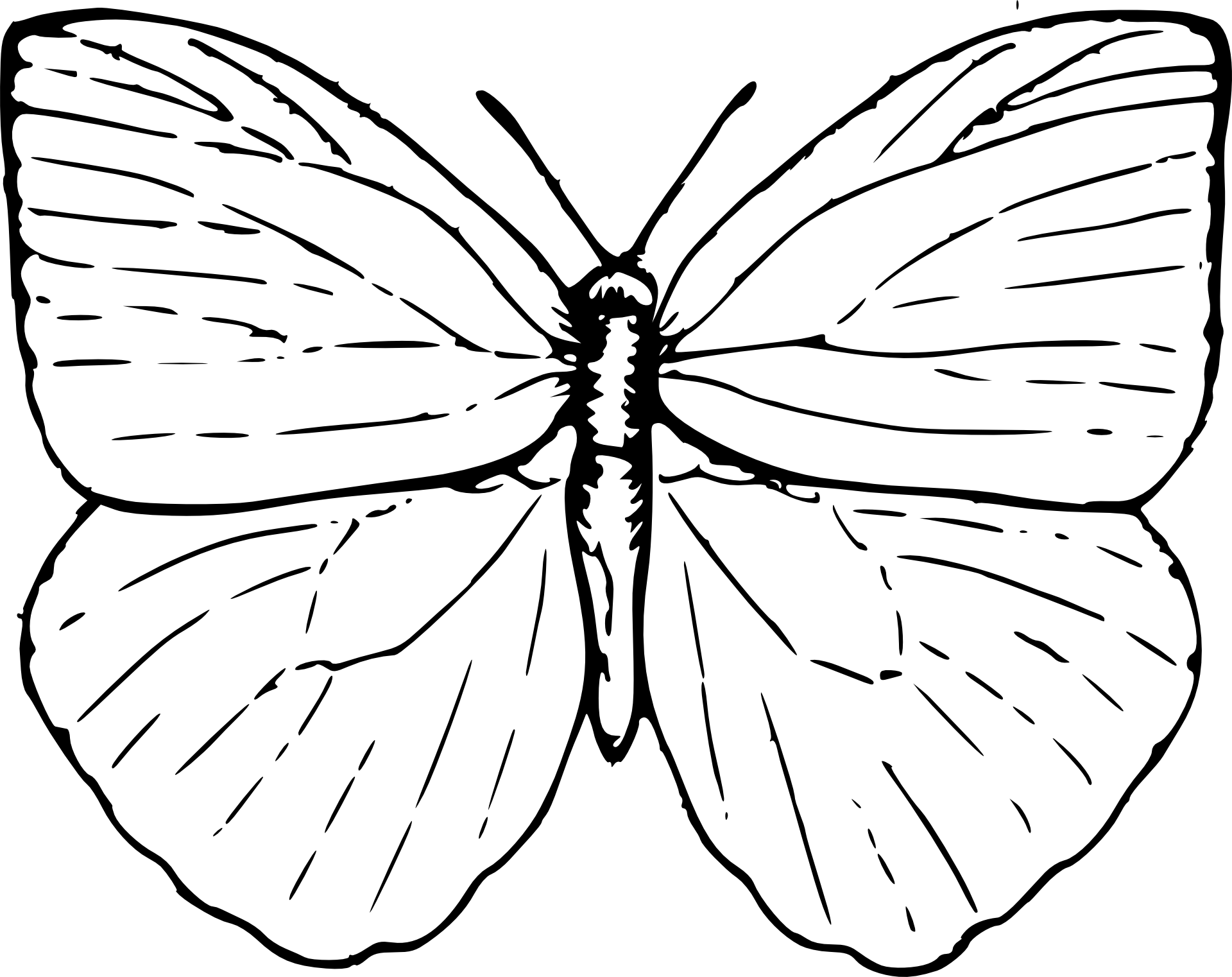 Where to begin? They say when you know better, you do better. Our first “doing better” moment happened during the spring, about eight months after we moved in. I had no idea at the time that it would start a chain of events which would change my view of the natural world around me forever.

“What are all those white flowers that seem to be everywhere?? They’re so pretty!” So lovely in fact, I couldn’t rest until I had researched their identity. Ah, there it was. Garlic Mustard. Hmmm. That’s not a pretty name. Oooooh. That’s not a pretty plant after all! And thus began my introduction to something known as an “invasive species”. Suddenly, we had a noxious weed not only threatening to take over our entire beautiful forest, it was also causing the demise of the West Virginia White butterfly! What!? How does that even happen!? If you are curious like me, check out this enlightening resource. We may have been clueless at the time about how to be proper stewards of our little forest, but this seemed like a thing that needed dealt with!

Needless to say, freshly armed with knowledge and the intent to dispose of it all right this minute, I began pulling fistfuls of what would become my undisputed biennial nemesis: Garlic Mustard. One bulging garbage bag later… and I realized I hadn’t even cleared ten feet of the stuff. I looked around. Four-petaled white flowers waved at me as far as the eye could see. I was going to need a bigger bag. 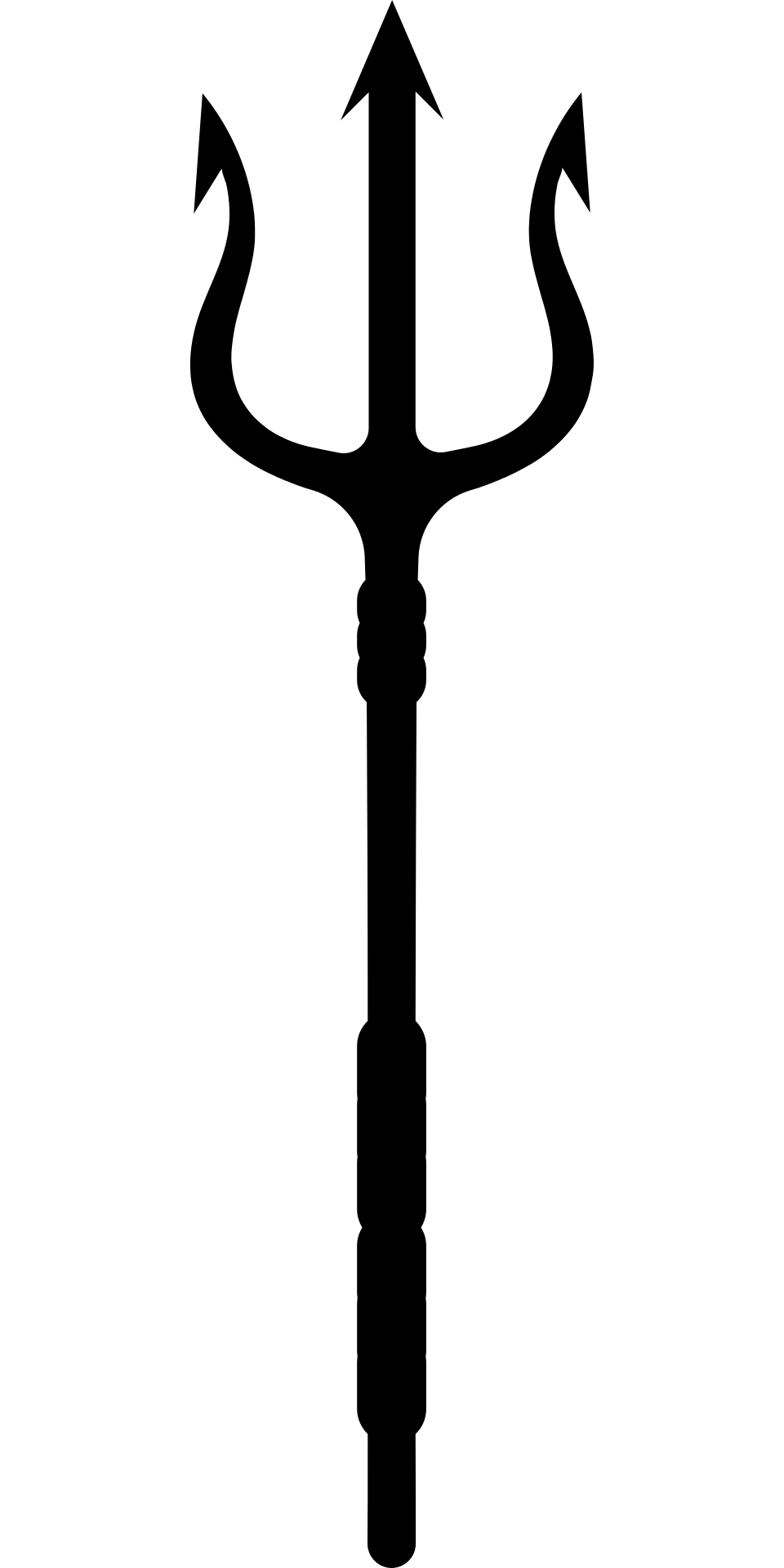 I had a mission. What would become the first of many here. Naturally, my family was forced to participate. I passionately explained why we needed to save our woods (and the butterflies) from this thing called an invasive species. Not really convinced, yet not really given a choice, they were each tasked with pulling Garlic Mustard for days. Then weeks. Three years later and we’re still pulling it! It’s a long-term commitment and a battle we are far from winning. However, the fight will go on (much to my children’s dismay)!

Once I found out there were demons in the woods, I wondered what else was lurking in the shadows that I was unaware of. Was everything here invasive? Did we buy a plot of land populated by nothing but noxious plant species? I holstered my trusty cellphone and google search engine and took to the woods. The rest of that year I did a lot of research. I learned we were inundated with Japanese Honeysuckle, Privet, Burning Bush, Multiflora Rose, Celandine, Crown Vetch, Dame’s Rocket, Barberry, Mile-A-Minute Vine, and Oriental Bittersweet. It was sobering and disappointing. Combined with acres of dead ash and elm haphazardly scattered throughout the woods the place seemed an absolute mess. 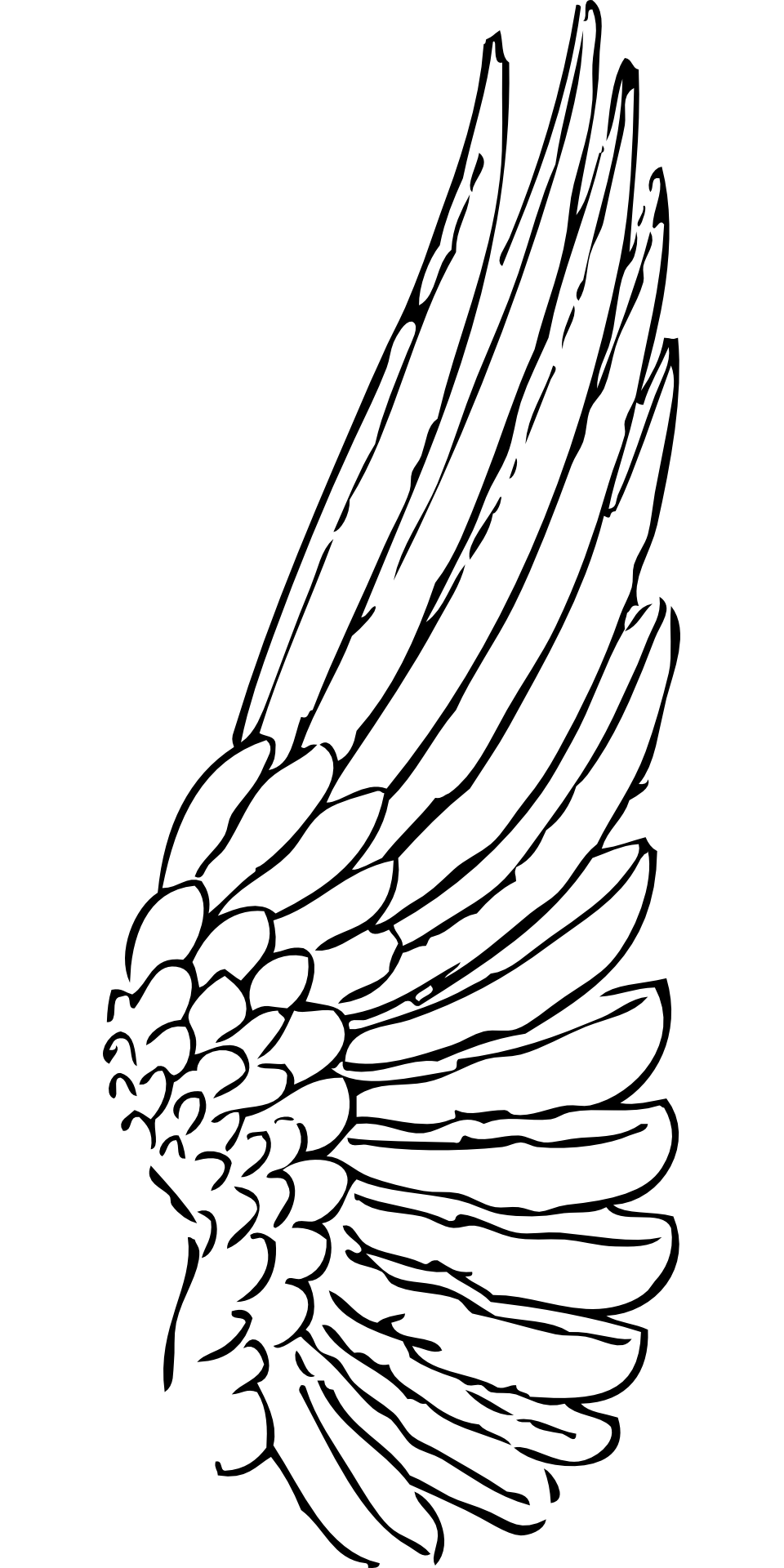 I started to take stock of everything I encountered throughout the growing seasons. Taking photos and using online searches was painstakingly slow. I finally discovered some Plant/Wildlife ID apps that made the process much faster. iNaturalist and Google Lens became by constant companions. With these tools at my disposal, it became clear that we did have some good plants here. They’re called: natives. It turns out, the 8′ tall towering “weeds” that originally hid our driveway were actually a native yellow flowering perennial called Wingstem. It is highly beneficial to local pollinators. Fortunately for us, it spreads prolifically and we were soon surrounded by it again in spite of the fact it had been dozed over. Even today it continues it’s mission to become a massive monoculture. Native plants can be extremely resilient!

On my daily walks I also came across native Black Raspberries and Wild Blackberries that formed thickets along the pond and creek. I found a patch of more than one hundred Elderberry shrubs (which would later become my “Elderbrook Garden”). Just this spring we realized our woods are full of elderberry! Over the next several years we also discovered Jack-in-the-Pulpit, False Solomon’s Seal, Golden Groundsel, Wood Poppy, Virginia Bluebells, Golden Alexanders, Red Trillium, Jewelweed, Wood Lilies, Great Waterleaf, Blue Cohosh, Wild Mint, Greenbrier, Prickly Gooseberry, Christmas Ferns, Sensitive Ferns, Blackhaw Viburnum, Hawthorn, Virginia Creeper, Virgin’s Bower, Tall Meadow Rue, and hundreds of Northern Spicebush that stretched from one end of the property to the other. Believe it or not, these are just a few of the natives found growing naturally here! If our woods were filled with demons, these were the angels that were going to conquer them… with a little help from us. 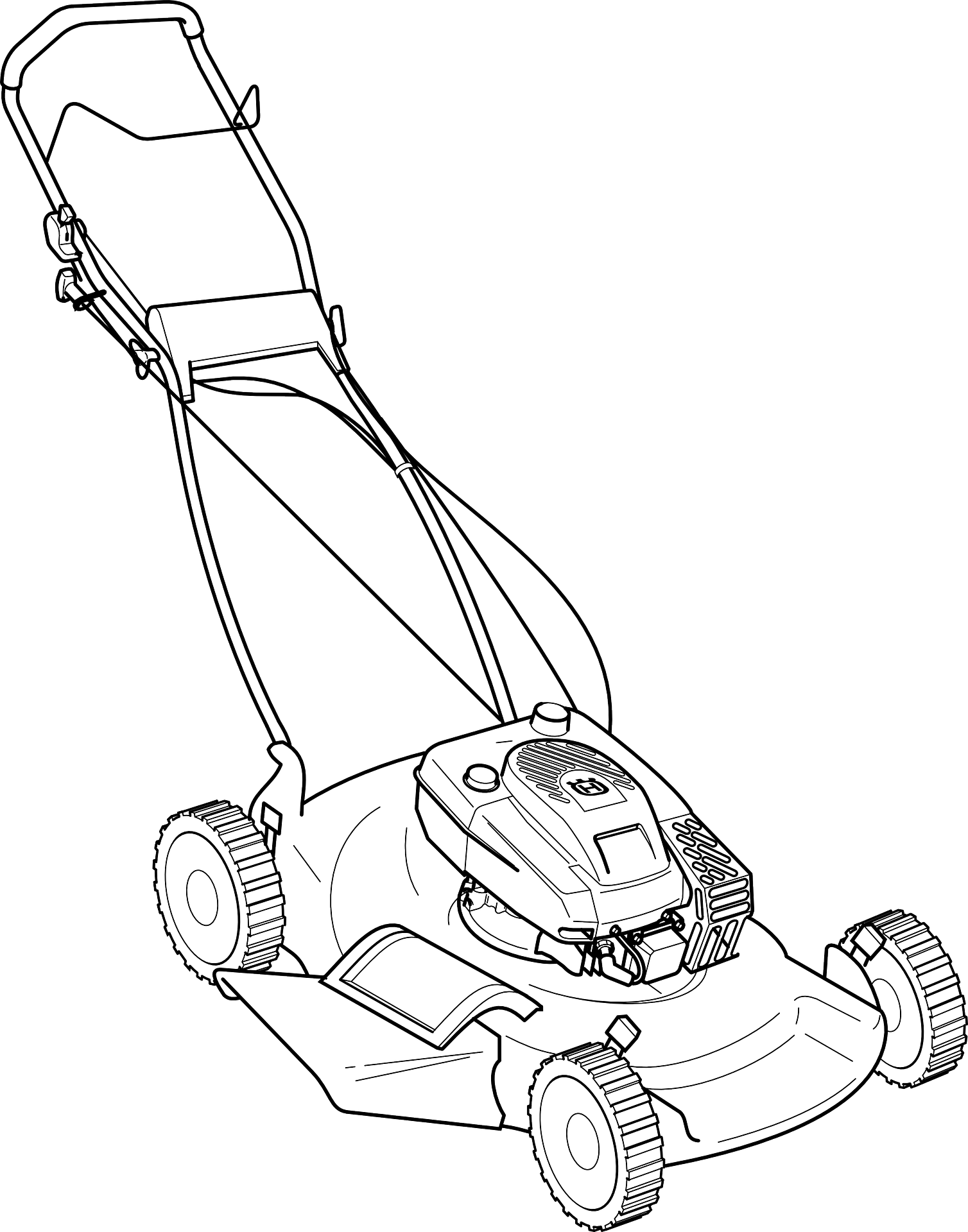 So How ‘Bout That Lawn

It’s here we’ve come full circle. You see, it’s impossible to study all these amazing native plants without also caring about the hundreds of birds, mammals, reptiles, insects, and amphibians that rely on them for survival. The world is changing and more than ever before they need a helping hand from us. Now that I have gone down the rabbit hole (and dragged my family with me), there’s no going back. Sometimes, I wish I really could go back to the early days after we moved in with the knowledge I’ve more recently gained.

This impossible jump back in time would reveal a creek bank covered by a jungle-like wilderness with minimal lawn in sight. It’s taken a year or two to undo that damage and the restoration process is well underway with new riparian plantings of trees, shrubs, and flowers. If I’d known better, the dead trees would’ve been cut in such a way to allow birds to use them as snags and places for solitary bees to lay their eggs. No longer do I wish to “clean them up” since I’ve learned how beneficial the decaying wood is to our forest floor and it’s inhabitants. I would’ve tiptoed through the “scrub stuff” and marked and preserved each native shrub and herbaceous perennial as I do now anytime we begin a new outdoor project. Most of all, I would’ve realized that my life and the natural world around me would never be enriched by creating more lawn to mow. With that, I remind myself daily: Know better. Do better.

View all posts by ArcadiaNatives

2 thoughts on “Into The Woods”

Helen's Flower (Helenium autumnale) provides late-season food for native bees. Consider planting it among Asters, Boneset, and Ironweed for a colorful mixed border that will have pollinators buzzing with delight!
Virginia Bluebells (Mertensia virginica) are putting on their springtime show!
Snow in spring. These cold hardy native perennials hold up just fine under a little snow pressure:
The cheerful blooms of Golden Groundsel (packera aurea).
Leave the Leaves!
Dew covered asters on a misty autumn morning.